skip to main | skip to sidebar

The “Madonna del Carmelo”, in Rome, has assumed, in the years, several peculiar connotations becoming, around 1920, the festivity of “de noantri” (noantri, in roman dialect, means “we other” referring to people who live in Trastevere district regarding those who live, instead, on the opposite side of Tiber river!!). A legend tells that some fishermen, fishing on the Tiber river towards the half of July of a no-well known year, collected, from the river, a case which in the inside hidden one precious statue of the Madonna.

The fishermen, delighted by the beauty of the Vergine, hurried to transfer it in the sant'Agata church where still today she is. From that day, about on the third Sunday of july the Madonna goes on procession from San’Agata church through all the alleyways of Trastevere in order to reach saint Crisogno church, where she stays for eight days at the end of which she comes back to sant'Agata. 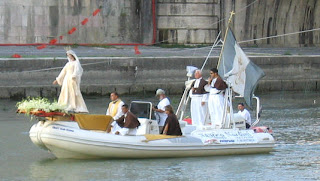 The procession was anciently organized by the company of the "vascellari", the potters, but today it’s a task of the “confratelli della Arciconfraternita del Ss. Sacramento e Santa Maria del Carmine”, who, with their white traditional frock, carry the statue throughout Trastevere. 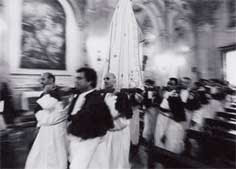 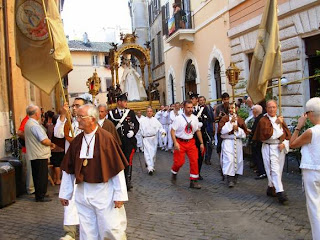 During these days all people of Trastevere stand to this public party in a climate of common joy with open taverns, manifestations, wondering theatres and open markets. For a week Trastevere become like a small village with all tourists surprised by the caos and confusion and often unware on what is the Christian recurrence.... remember always: FESTA DEI NOANTRI la festa dei Trasteverini!!

All useful links to live Rome as a Roman!

Beautiful apartments in the historical center

A Night in Rome
Welcome to...a Nigh in Rome!! For people who want to wear the tourist's clothes and want to dive themselves into the Eternal City tightened alley!!As a popular "proverbio" says...all roads lead to Rome..if you wanto to spend time here let's stay with us! A Night in Rome your sweet home...in Rome!! Beautiful apartments in the historical center (Trastevere & Testaccio), taste the way of living of romans!

Let the ideas go all around the world! Join your blog and your experience with ours making a link! Leave a comment!!

What to say...the best country for those who love shoes..OPS..sorry BOOT! 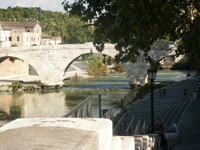 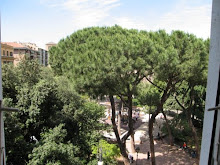 The best roman actor, an extract from his masterpiece Un Americano a Roma " 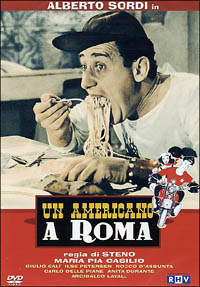 ... un "chiusino" (a manhole covers), it was used to convoy raining waters in the "cloaca" (drain), it was placed, in origin, outside the ancient temple dedicated to "Ercole il Vincitore" 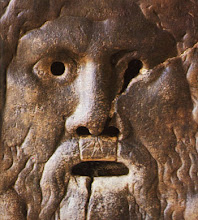 The building was built in the VI century on the ruins of ancient roman constructions and had a charitable aim, it was indeed a "diaconia", a building used as a shelter for sick and pilgrims. The church was then reconstructed in the VIII cent. and completely restored in 1500. Like the greatest part of the roman churches, also Saint Maria in Domnica has in its structure columns so called "di spoglio", drafts away from constructions of the ancient Rome. 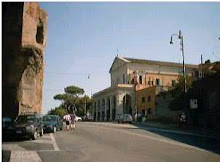 Rome celebrates her birthday the 21 of April, in this circumstance the "Patarina" (the bell of the Campidoglio's tower) strikes at 12 a.m. remembering us that Rome is born! 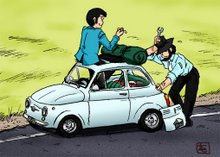 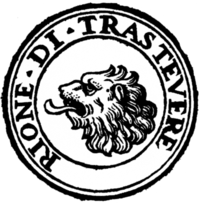 The name comes from Trans-Tiberim, beyond the Tiber river, Trastevere was, infact, the first “quartiere” lived on the west bank of the Tiber

Who has invented "la Gricia" ?

“Gricia” is a typical roman dish (mother of the more known “amatriciana”) invented by sheperds when they still didn’t know tomato! People used to cook it using the “guanciale” as a substitute of ham much more expensive than it!

The word PIZZA would come out from PINSA, past participle of the Latin verb PINSERE, which means to pound, to crush, to press, to crumble, to gring, to pulp.

"Nasoni" are the typical roman fountains that give free (and good!) water to people passing along the city alleyways. The name cames from the typical curved iron tap whose shape remember the idea of a big nose. The first example was installed in 1874 & had a three head dragon as a tap. In all Rome the "nasoni" are about 2.000 and 378 behind the city walls. 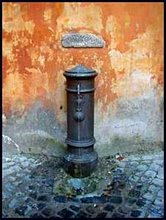 We love you so much!

SanPietrino is the name given to a worker who attends to the maintenance of the pavement of the Saint Peter's square in Rome. All pavement is maiden by tiles of black porphyry called "sanpietrini" thanks to the workers themselves. Now sanpietrini make the typical kind of pavement in the center of Rome! Hope never to loose them ;-)

Early in the Morning...

Just to wake up, after the first yawn, what's better than an italian caffè or a cappuccino with foam? Or later, in the afternoon, after a busy day visiting the beauties of the City.... let's have the Italian "English tea time" ! 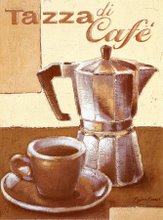 How to forget "vacanze romane"?